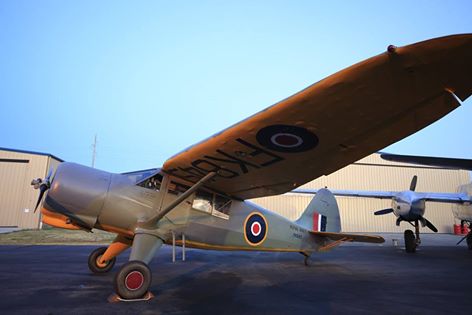 The Reliant was used by the U.S. Army in World War II as a utility aircraft, designated UC-81, and as trainer designated AT-19. They were also used by the Royal Navy and Royal Air Force for light transport and communication duties. After the war they were sold on the civilian market as the Vultee V-77.

The V-77 was a spartan version of the SR-10 with the 300 hp Lycoming R680-E3B, a single door on the left side and the traditional “Bump” cowl was replaced with a simpler smooth cowl. Internal structure was beefed up significantly over the commercial models and a distinctive triangle shaped counterbalance was added to the rudder.