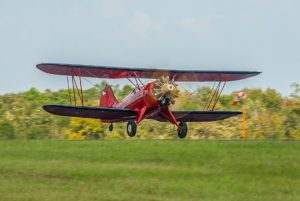 WACO Classic Aircraft builds, in relatively small numbers, a three-seat biplane, the WACO Classic YMF, based upon the original manufacturing plans which were filed by WACO (Waco Aircraft Company) with the Library of Congress and thus available. The aircraft are constructed on the airport at the W. K. Kellogg Airport in Battle Creek, Michigan. The company also repairs original “classic” WACOs and vintage aircraft.

While the aircraft it builds is a longstanding design, WACO Classic Aircraft has upgraded many systems, such as the brakes, to newer and safer technology. They are built with much of the original hand construction methods and are sought after as a classical open-cockpit aircraft, but with modern digital electronics. To date, Waco Classic only offers one of several models of Wacos that were built. Over 100 new YMF-5C aircraft had been completed by 2007.