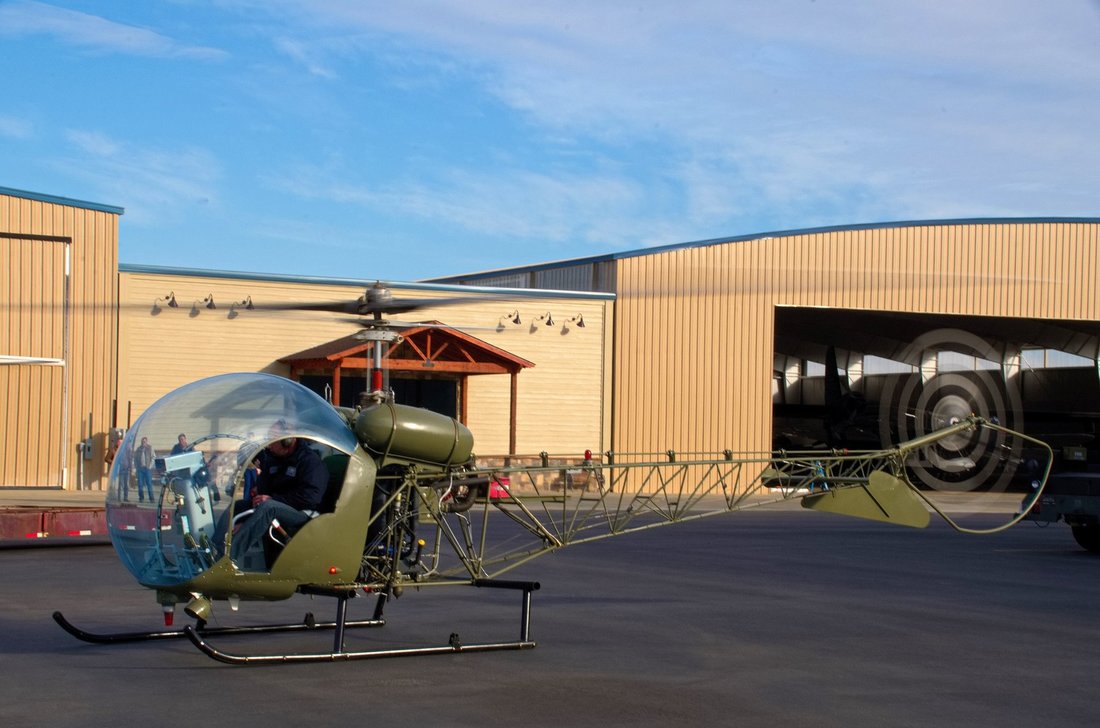 The Bell 47 is a two bladed single engine helicopter designed by Arthur M. Young.  It was the very first helicopter to receive a type certificate for civilian use which was obtained on March 8, 1946.  There were many variants of the Bell 47, and in total,  more than 5,600 47 models were built including those built under license.  As of 2015 there are still 1,209  Bell 47’s on the US registry, and maybe ½ of those are flyable helicopters.

On July 12, 1957 Dwight D Eisenhower became the first US president to ride in a Helicopter.The helicopter chosen was a Bell 47 J variant classified as a UH-13-J.