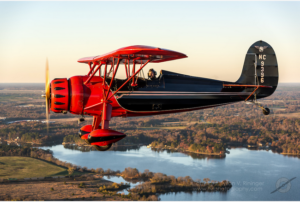 The aircraft was designed by Kreider-Reisner during negotiations by Sherman Fairchild to take a major share in the company. Marketed as the Fairchild 22 Model C7 the aircraft was certified in March 1931. The Fairchild 22 was a mixed-construction braced parasol-wing monoplane with a fixed tailwheel landing gear and a braced tail unit. It had two tandem open cockpits and was initially powered by a 80hp (60kW) Armstrong Siddeley Genet radial engine. After test flying the prototype the first production aircraft were re-engined with a 75hp (56kW) Michigan Rover inverted inline engine. The aircraft was fitted with both inline and radial piston engines.