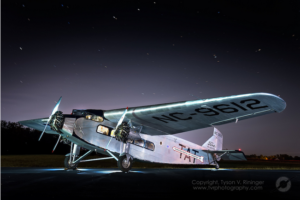 The story of the Ford Tri-Motor airplanes began with William Stout, an aeronautical engineer who had previously designed several aircraft. Stout had designed a new plane using a new corrosion resistant aluminum skin. In the early 1920s Henry Ford, along with 19 other investors including his son, Edsel, invested in the Stout Metal Airplane Company. Henry Ford built a paved runway and a new manufacturing building and leased them to Stout. In 1925 Ford purchased the company from Stout and renamed it the Ford Airplane Company. The Company developed a three engine, all metal passenger aircraft that could also be used to haul cargo since the seats could easily be removed. The plane was similar in design to the Fokker Tri-motor, and some say that Ford’s engineers surreptitiously measured the Fokker plane and then copied it. However, this plane was the first all metal airplane and it was the first to be produced using Ford’s mass production methods.  Between 1926 and 1933 there were 199 Tri-Motors built. In 1933 the Ford Airplane Division shut down because of poor sales during the great depression. Over 100 airline companies flew the Ford Tri-Motor.

Mamer Flying Service in Spokane Washington purchased this aircraft new on March 23rd, 1929 for the amount of $49,000.00. This was the 3rd Ford purchased by Mamer to provide passenger and cargo service in the Pacific Northwest. The first Tri-motor crashed within days of delivery and the second one crashed about 5 years later. Thankfully NC9612 named Westwind survived!

On October 14, 1936, Mamer sold and financed NC9612 to Reginald Pattinson and Wayne Parmenter for $1,236.00 and financed it for 12 months with payments of $103.00 per month.
On March 31, 1938 there was a letter sent by Mr. Henry J. Middleton to Bureau of Aeronautics requesting the plane be grounded because of a foreclosure proceeding. Apparently that lien was paid as the plane continued to be registered each year until the sale of the aircraft in 1940. 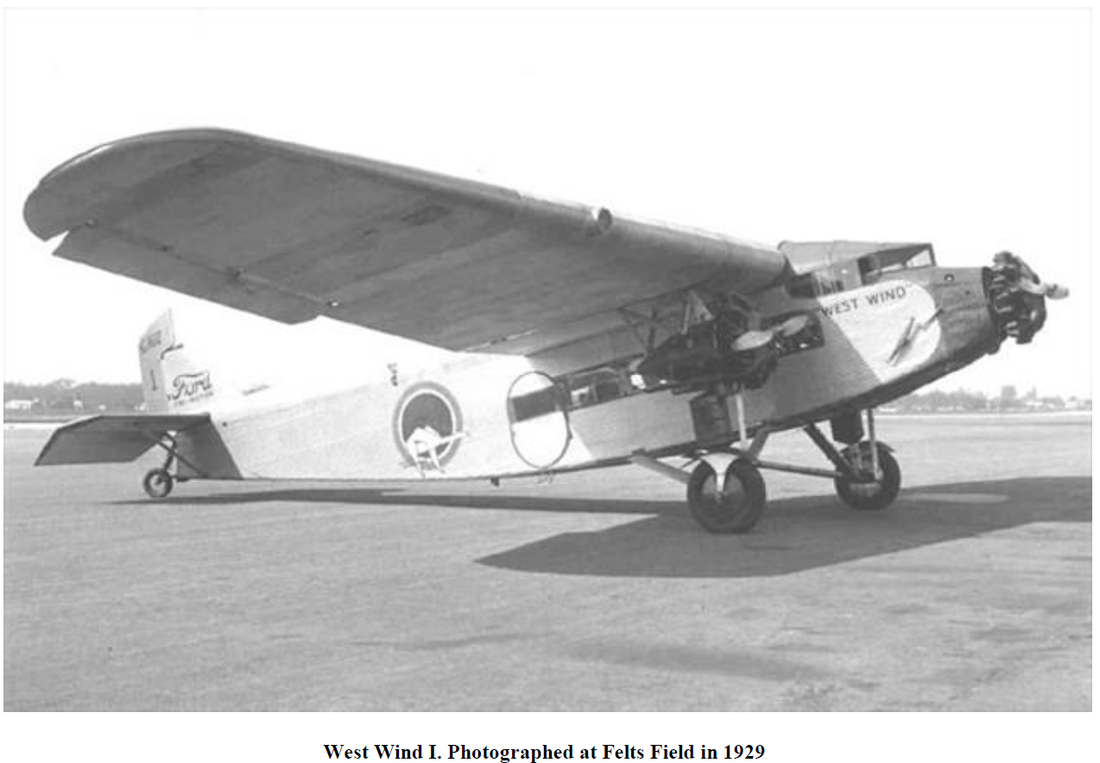 The aircraft was sold to K.T Flying Service Ltd / Honolulu on August 7th, 1940. The “Story” goes that this plane was at Pearl Harbor on Dec 7, 1941 and was strafed by Japanese fighters and later repaired. “Evidence” of bullet holes were found during restoration much later in its life. This could have happened as the sale went thru in August of 1940, but records did not show that the plane was registered in Hawaii until March 27, 1942. The plane could very well have been in Hawaii, and simply not yet registered until after the Pearl Harbor attack. Will try to learn more about this piece of history. Also looking for photos of the aircraft on Hawaii.

K.T operated the aircraft until the sale to Clinton Arthur Johnson / Miami Florida in August 15, 1945 where it was later registered by the same owner in Oakland CA. The aircraft went thru a restoration. Following it’s restoration it was leased by TWA and was painted up as “The City of Los Angeles.” The plane was flown extensively in July 1949 in celebration of the 20th anniversary of TWA’s first transcontinental flight. 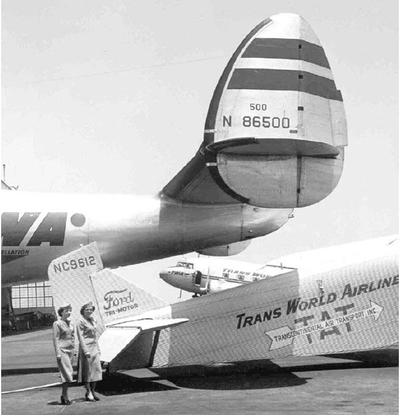 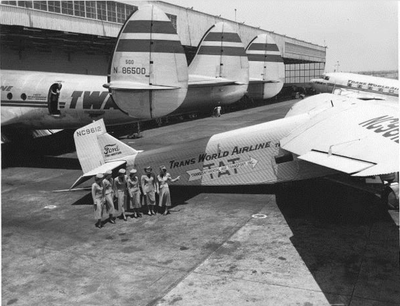 The aircraft was sold to a Mr. William Hadden / Orofino, Idaho on January 28, 1952. Mr. Hadden converted the aircraft to a water bomber to fight forest fires.

Jack Adams sold the plane the same day to Dolph Overton / Santee South Carolina on February 21, 1969. It was during this period of time that the aircraft went thru a complete ground up restoration which included a complete airframe teardown, cleaning, painting and all new skins. The aircraft was displayed in the Wings and Wheels Museum in Orlando Florida then later, Richmond VA. 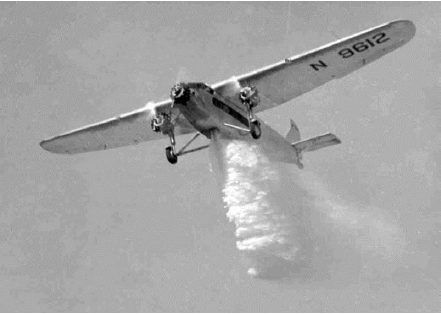 Mr. Overton transferred the aircraft to his museum / Wings and Wheels Orlando, FL on April 9, 1981

In 1992 the plane was transferred once again to Robert W. Cobb (Trustee) Chevy Chase, MD on October 15, 1992
Robert Cobb sold the plane to Collectible Aircraft LLC / Missoula, MT on April 15, 2009 where it was flown to Stellar Air Park in Phoenix AZ where it joined the majestic collection of Aircraft and Automobiles owned by Mr. Ron Pratt. 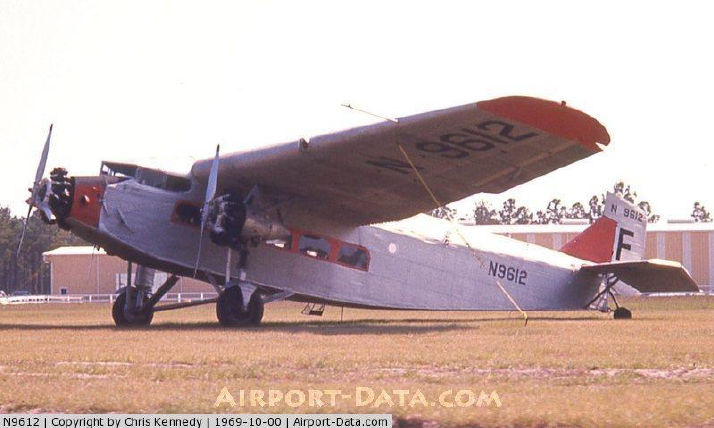