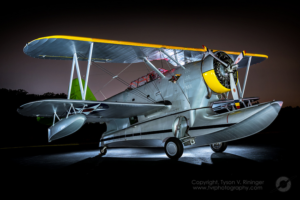 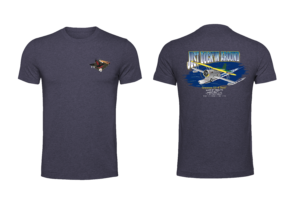 The Grumman J2F Duck (company designation G-15) was an American single-engine amphibious biplane. It was used by each major branch of the U.S. armed forces from the mid-1930s until just after World War II, primarily for utility and air-sea rescue duties. It was also used by the Argentine Navy, who took delivery of their first Duck in 1937. After the war, J2F Ducks saw service with independent civilian operators, as well as the armed forces of Colombia and Mexico.

The J2F was an improved version of the earlier JF Duck, with its main difference being a longer float.The J2F was used by the U.S. Navy, Marines, Army Air Forces and Coast Guard. Apart from general utility and light transport duties, its missions included mapping, scouting/observation, anti-submarine patrol, air-sea rescue work, photographic surveys and reconnaissance, and target tug.

J2Fs of the utility squadron of US Patrol Wing 10 were destroyed at Mariveles Bay, Philippines, by a Japanese air raid on 5 January 1942. The only Duck to survive the attack had a dead engine but had been concealed at Cabcaben airfield during the Battle of Bataan, to be repaired afterwards with a cylinder removed from a destroyed J2F-4 submerged in Manila Bay. Following repairs the J2F-4 departed after midnight on 9 April 1942, overloaded with five passengers and the pilot, becoming the last aircraft to depart Bataan before the surrender of the Bataan to the Japanese only hours later. Among its passengers was Carlos P. Romulo (diplomat, politician, soldier, journalist and author), who recounted the flight in his 1942 best-selling book I Saw the Fall of the Philippines (Doubleday, Doran & Company, Inc., Garden City, New York 1943, pp. 288–303), for which he received the Pulitzer Prize for Correspondence.