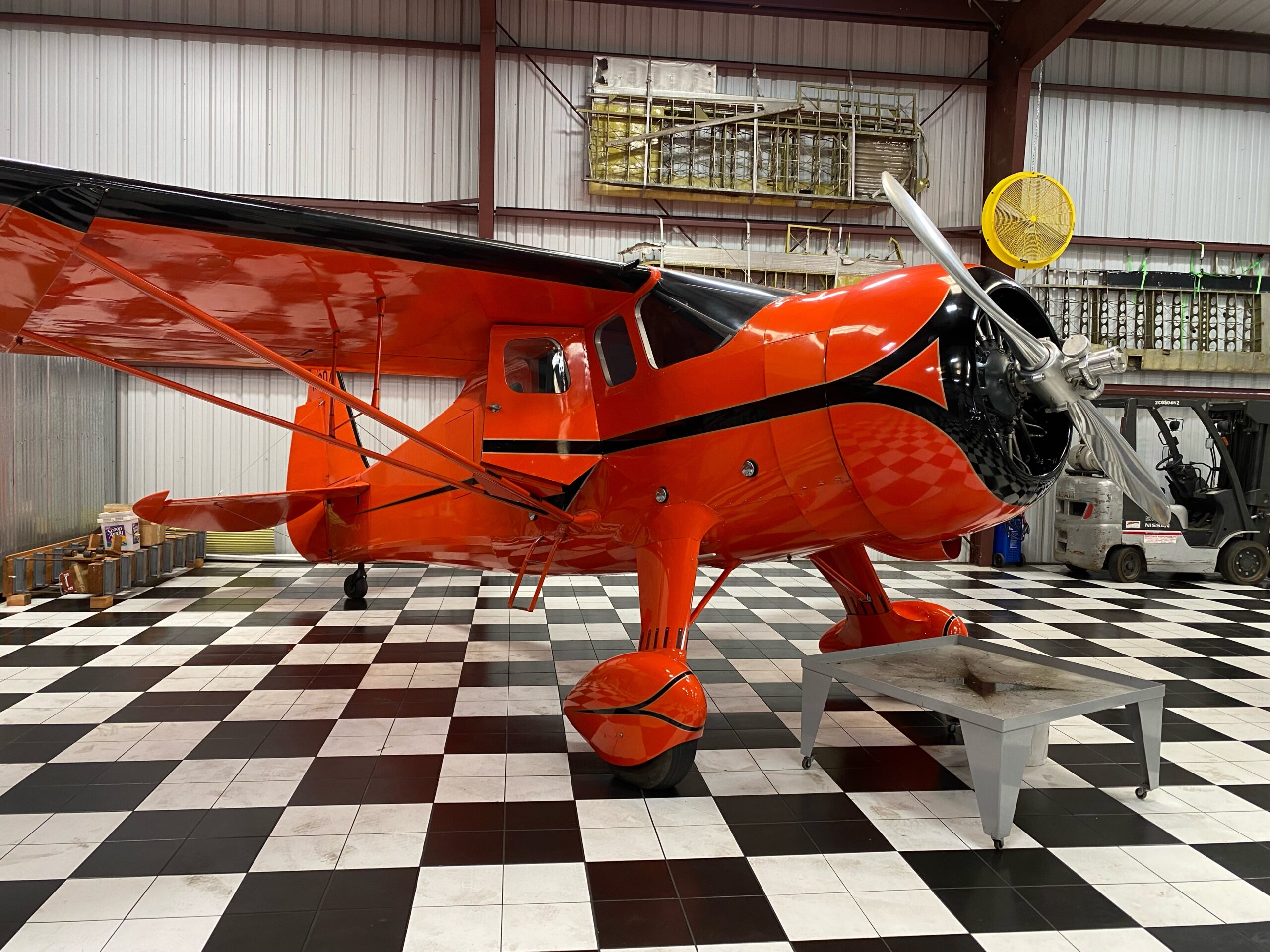 The Howard DGA-8, DGA-9, DGA-11, and DGA-12 were a family of four-place, single-engine, high-wing light monoplanes built by the Howard Aircraft Corporation, Chicago, Illinois from 1936.

The DGA-6’s racing success brought the DGA series much attention, and in its various permutations, differentiated mainly by different powerplants, the DGAs -8, -9, -11, -12 (and later DGA-15) emerged as coveted aircraft, owned by corporations, wealthy individuals, and movie stars, such as Wallace Beery, who was himself a pilot. Spanish conductor and pianist Jose Iturbi owned and flew a DGA-11 “El Turia” (NC22402). In an era when airlines were flying DC-3s, the Howards at 160 to 170 mph (270 km/h) could match their speed and range. The rear seat exceeded airline leg room with limousine-like spaciousness. With its high wing loading, the Howards rode through most turbulence with airline-like solidity. The -11 was probably the ultimate of the series. Configured as a four-place aircraft, with the 450 hp (340 kW) Pratt & Whitney R-985, it is graceful and powerful with perfectly classical lines.

With America’s entry into World War II, most of the civilian Howards were commandeered by the military. The Army used them as officer transports and as ambulance planes. They were used variously as an officer’s utility transport and for instrument training. The Howard was and is an excellent instrument platform, very stable and solid, especially compared to modern light aircraft.

A number of these aircraft still fly, and another example of a DGA-11, restored by Jim Younkin, can be seen in the Arkansas Air & Military Museum.