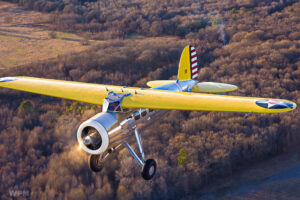 The Lockheed Vega is an American six-passenger high-wing monoplane airliner built by the Lockheed Corporation starting in 1927. It became famous for its use by a number of record-breaking pilots who were attracted to the rugged and very long-range design. Amelia Earhart became the first woman to fly solo across the Atlantic Ocean in one, and Wiley Post used his to prove the existence of the jet stream after having flown around the world twice.