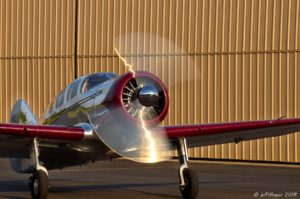 The Spartan 7W Executive model is a all metal construction with retractable landing gear and fabric covered control surfaces designed and built in Tulsa, Oklahoma. Spartans were built for comfort and performance for both personal and executive businessman. A total of 34 were built between the years of 1936 to 1940 designed by Spartan Aircraft Company and first flight accomplished on March 8, 1936. A couple variants were planned for military applications with guns and bomb racks, but was a short-lived program that never gained interest. A total of 16 7W’s were drafted into service and designated as UC-71’s and were used for executive transport for military staff. After 33 years of Spartan Aircraft Company manufacturing aircraft, they sold to Spartan School of Aeronautics, now known as Spartan College of Aeronautics and Technology.